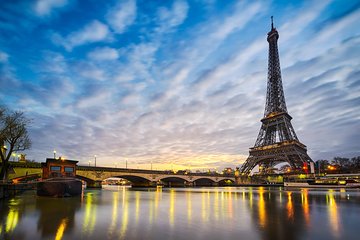 I’ll be honest with you. Once I realized I was going to have the honor of interviewing the famous New York architect George Ranalli, I was nervous. I didn’t want him to think he was being interviewed by a novice of architectural history in New York, so I brushed up on some of my limited knowledge of architects a few days before our scheduled interview.

Now, I’m no slouch. I hail from Chicago. And as Chicagoans, we happen to love our architectural history. Our city and suburbs are dotted with buildings by architectural greats like Frank Lloyd Wright, his mentor Louis Sullivan, the modernist Ludwig Mies van der Rohe, and today’s Jeanne Gang.

I also wanted to impress George with my knowledge of other architectural greats like Frank Gehry and Phillip Johnson. And yes, I was determined to have a deep intellectual conversation, with plenty of notes in front of me to ask him. Some of the questions I prepared even impressed me, like my question about modernism vs. traditional architecture from the 19th century. You know, the typical “la di da” questioning we interviewers come up with to sound very intellectual.

George listened to me tentatively and patiently for a few minutes as I tried to impress him by comparing him to Frank Lloyd Wright, but with the boldness of Frank Gehry (argh! (What was I thinking?) After mumbling off some more niceties and historical facts, George finally interrupted me and said, “I appreciate all of the accolades, but I’m nothing like Frank Gehry.” Oh, no! The gig is up! He knows I’m a fraud, and I tried to apologize with a quick, “I mean, Ludwig Miles.”

At this point, George Ranalli, the formidable but surprisingly relatable person you can see yourself sitting next to at a bar talking about current affairs, took over the interview. He realized that this was as much a teaching moment as it was an interview. “Armand, think of architects the same way as you think of musicians.” I was a jazz drummer back in my early days, and as a jazz musician, you want to work within the environment you’re in, either to uplift your surroundings or blend in with a unique perspective. Architects play their part within a group. They can be the lead vocalist or the bass player. They all have their role in creating a particular sound, like jazz. “It’s architects who create cities and fill them with a signature look and feel.”

I finally calmed down. George was being nice, and it stirred up a new line of questioning from me. I chimed in with an insight that was more coherent. “That idea reminds me of my feelings about Paris! I always found it remarkable that the land where the city was formed was in a very unremarkable area.” I said. “It’s the architecture that makes people around the world want to come and visit.” George added, “When people visit beautiful places like Paris or Tuscany, they take pictures of themselves in front of unique and beautiful buildings those cities have to offer, not their natural surroundings.”

This is why jazz music is intertwined with great cities and great architecture. When you think of jazz, you think of giant posters from the 1920s showing bands performing in Chicago, New York, and Paris. You also think about other great cities like New Orleans, the birthplace of jazz as we know it today. There are many great things about these cities—culture, great food, and, of course, music—but it all comes together under the umbrella of great architecture.

George also pointed out something I hadn’t thought about but felt in so many ways. Architecture plays an intricate part in so many movies. It’s pretty much the third-most important character in many films. Breakfast At Tiffany’s, Once Upon A Time In America, Rear Window.

We both talked about the scenes in Blade Runner where they used a replica of Frank Lloyd Wright’s interior of the Ennis House. I was 14 years old when that movie came out, and I was blown away by that interior. I felt the opulence and importance of the character that owned that home. He didn’t have to say much, but I knew what he had to say carried weight because of that room.

Going back to the analogy of musicians playing together to create great music, George Ranalli Architect has a psychologist as their COO, Dr. Anne Valentino, to help them find equilibrium in communications between clients and GRA. Dr. Valentino was intrumental in designing great pieces of furniture, starting in 1985 with the Valentine I Chair, presented at the Trienella di Milano. The Valentine II Chair, which she also helped design, is in the permanent collection of the Metropolitan Museum of Art. After talking to George about Dr. Valentino, it seems that she is more than just an executive. She’s an integral part of the architectural process. Just like a jazz player who can join an ensemble mid-song and give it the staccato bass it needs to feel complete.

After talking to George Ranalli about Anne, the romance of city architecture, and how music and culture are intertwined, I realized that my view of architecture was limited to remembering facts about buildings and not realizing that those buildings, homes, and places of worship represent all of us and what architects want us to see, which is to find wonder and awe within ourselves.